Twitter is a crazy, fun, fascinating, and weird world all in its own. It's unlike any other social media platform and yet it follows many of the same rules as other social media sites. One of the keys to success on Twitter is knowing who to follow and making good use of those connections.

There's this constant dilemma - if you follow too many people, you can't keep up with everyone. But if you don't follow enough people, you may be missing out on valuable information or relationships. So who should you follow on Twitter to maximize your time on the site?

That's not an easy answer, and I don't believe there's a specific number. Some people follow a hundred people and use Twitter intensely effectively. Others follow tens of thousands of people are and extremely active and engaging on Twitter. You need to find out what works for you.

No matter what industry you're in, there are experts, leaders, and trend setters. Follow these people on Twitter. They're usually the first with important industry news and have insights and opportunities many others don't have. So to stay on top of what's new and better serve yourself and your audience, follow these industry leaders.

If you have business partners or other companies that you are closely aligned with, follow them on Twitter. Not only is it polite and nice to do this, but it allows you to stay on top of what's going on in their businesses too.

This is often met with some skepticism. Why should you follow the people you're competing against? Because you keep your friends close and your enemies closer! Ok... That might be a bit of stretch but the idea is the same. If you can see what your competitors are doing, you can see what's working and what's not working for them. Maybe you can improve upon something they're doing. Maybe you can learn from a mistake they made. Or if something is working well for them, a variation of that might work well for you as well.

If there are people out there tweeting about how awesome your business is, follow them back! They obviously care enough to tell people about you, don't you want to know what else they're saying? And the reward of having a business they like follow them back often can be what converts them into loving your brand.

Depending on your business, this may not be as practical as it is for others. It may be hard for you to know who your customers are on Twitter. But you should follow your customers as much as possible. It shows brand dedication and a commitment to them as a customer.

There may be a variety of other people you choose to follow as well. Depending on how you use your Twitter account (I use mine as my brand and my personal account combined), you may choose to follow news and media accounts, celebrities, friends and family, and other people from around the social sphere. Whatever your purpose is for Twitter, follow people who provide what you're looking for.

Twitter is highly reciprocal. So if you follow more people in your industry or niche, or more people with similar interests, chances are they will follow you too.

While it should never be about the numbers specifically, let's face it, the more people who are following you, the greater the chances of your content getting seen on a highly active platform. Yes, you want more followers. But you also want followers who care about what you have to say. Otherwise, they're just numbers. And if you want more followers, it helps if you follow more people.

By now you're probably thinking there's no way you can keep all of these people I've suggested you follow organized on Twitter. If you think about all the suggestions I gave you, there could be thousands of people who fit these criteria. True.

And that's why I live by Twitter lists (or similar lists within HootSuite or another dashboard). Twitter lists allow you to divide up those you follow into a variety of custom categories.

For example, I have a Twitter list for people I've met in real life, one for people from San Diego (where I live), one for social media influencers, one for friends and family, one for people who share my blog posts, and a bunch of other ones.

Lists can also be set to private (only you can see the list) so that people don't know how you've classified them. In the new Twitter layout, click on the "More" button to access lists.

So now you have to head on over Twitter and get busy! Have fun 🙂 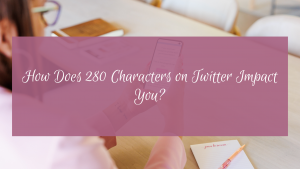 Intentionally or not, Twitter created chaos in the world yesterday when they announced they were testing the extension of tweets to END_OF_DOCUMENT_TOKEN_TO_BE_REPLACED 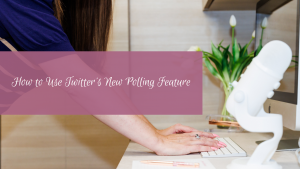 For all the updates that Facebook makes (seemingly weekly), I was actually really excited to see Twitter announce a fun new END_OF_DOCUMENT_TOKEN_TO_BE_REPLACED 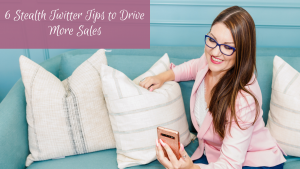 For many businesses, Twitter is a near necessity in their marketing plan. It's an extremely powerful platform with so much opportunity END_OF_DOCUMENT_TOKEN_TO_BE_REPLACED 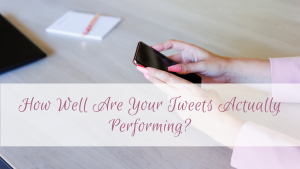 There was an article recently (well, more like a rant) from Jon Loomer that talked about Facebook marketing and reach. The article basically END_OF_DOCUMENT_TOKEN_TO_BE_REPLACED

If you've been watching anything related to Twitter in the last week, chances are you heard the news that they may END_OF_DOCUMENT_TOKEN_TO_BE_REPLACED 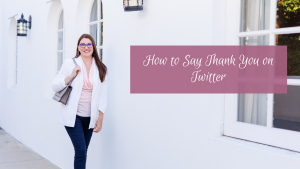 I love Twitter for a lot of reasons. There's a lot to like and a lot of really awesome people using END_OF_DOCUMENT_TOKEN_TO_BE_REPLACED