How NOT to Do Customer Service – as Learned From @MelissaAndDoug

There comes a time where all of us learn a valuable lesson in business and customer service. It often comes from a personal experience with a company who we feel let us down. And most of the time, we take that lesson and file it away for future thought. But sometimes, it's bigger than that.

A few weeks ago I was contacted by a woman who runs a kids app called iMommy. She, unfortunately, experienced a very bad relationship working with the company Melissa and Doug and her and I began talking about the experience. As the story evolved, the more lessons came to light and I couldn't pass up the opportunity to share them with you.

So, let's give you the background on the story first.

The woman who runs iMommy wanted to create a virtual store on the app and looked into selling teddy bears through this store. After much research and diligence in finding a company to work with, she settled on Melissa and Doug - a children's game/toy company. It was agreed that Melissa and Doug would provide the teddy bears for her to sell and would even provide custom t-shirts for the bears with the iMommy app name/logo.

It was also agreed that customers would place their orders through the app and the orders would be forwarded directly to Melissa and Doug for processing and shipping, thereby alleviating the app owner from having to purchase the bears in bulk and maintain storage and shipping herself. It seemed like a great deal!

After numerous conversations, emails, and verification that this would be the agreed upon method of transaction, the app owner proceeded with setting up the virtual store and preparing the system for the launch of the teddy bear sales. In preparation for the launch, she even ordered a "test" bear to make sure everything went smoothly.

Well, this is where it all went downhill. Not only did the test teddy bear never arrive but after attempting to follow up with Melissa and Doug and find out why, she was told that the company representative she had worked with had been "incorrect" and that they couldn't honor this agreement and process of sale. Apparently the customer service representative she had dealt with had been "told the wrong information but ... was working on the info [she] was told at the time." She was then told that she would have to order the bears in bulk and drop ship them herself - the exact scenario that had previously been discussed and determined would not be required.

They offered no solution, retribution, support, or anything really. She barely even got a "we're sorry" from them after the whole incident.

Understandably, this app owner was frustrated, upset, and aggravated. She had invested time and money into upgrading her app and now she had no product to sell. She attempted to follow up with various people at Melissa and Doug, including the owners, but never received any response from them.

As she and I talked about the ordeal, we discussed the option of me telling her story through a blog post. However, being that I am not one to publicly lambaste a company without due chance to respond, I also reached out to the company (including the owners) and explained the situation. I even went so far as to say I was considering this blog post. Guess what... not a single response from them.

So what's the lesson in all this? Essentially this: You CAN'T ignore your customers!

The iMommy app has over a million users. That is a lot of people using an app that could sell a lot of product for Melissa and Doug. But now they will never receive any of that business because they got the "wrong information" to the customer.

You are in business because of your customers!

Sure, some will always come and go. But if you have a habit of ignoring people,  you will disappear quickly in a social media and online driven world. After numerous attempts to contact them, neither one of us ever received a response. You can also check out their Facebook page and you'll see that they tend to post and disappear, with little to no response and engagement with their audience. They have a post from October 13th with 28 comments - but not one from them in response!

You need to respond to people!

Imagine if companies actually said, "We're so sorry for this inconvenience. We'd like to find a way to help you." And if they actually meant it and actually tried to help you. Just think of the loyalty and customer appreciation they would receive.

If you ignore your customers, they will call you out. Whether it's on social media or other public means, or even if it's just telling their friends and colleagues, they will share their experiences. Do you want them sharing good or bad stories about you?

As a result of this bad experience, the owner of iMommy has told almost everyone she knows about this ordeal. And now I'm writing a public blog about it too. I'm not saying that this is a corporate nightmare, but it sure as heck isn't a good representation of their brand.

Don't make the same mistakes! Treat your customers with respect and provide real customer service when they contact you. 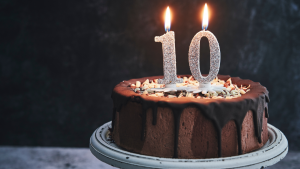 This month, I am celebrating 10 years since I launched my little blog. Since then, it’sbeen quite the journey and a END_OF_DOCUMENT_TOKEN_TO_BE_REPLACED 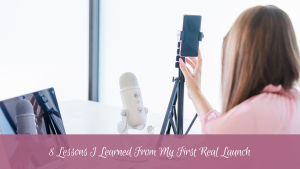 8 Lessons I Learned From My First Real Launch 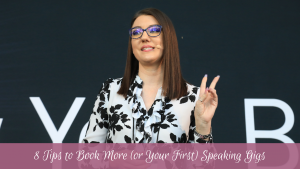 8 Tips to Book More (or Your First) Speaking Gigs

Today's blog post is a little off-topic but it's something I've been asked about repeatedly lately. If I had a dollar END_OF_DOCUMENT_TOKEN_TO_BE_REPLACED 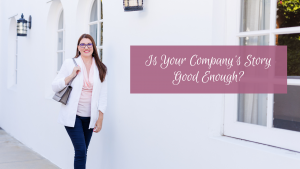 Is Your Company’s Story Good Enough?

You have a story to tell. We all do. When you meet someone new, you tell them a story - a END_OF_DOCUMENT_TOKEN_TO_BE_REPLACED 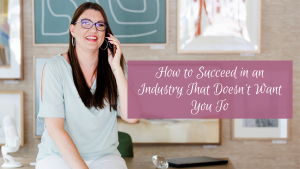 I don't care what industry you work in, you're going to encounter others who don't want you to succeed. There are END_OF_DOCUMENT_TOKEN_TO_BE_REPLACED 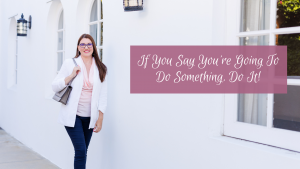 If You Say You’re Going To Do Something, Do It!

I'm feeling the need to vent. If you don't know my background, I have spent most of my career opportunities in END_OF_DOCUMENT_TOKEN_TO_BE_REPLACED