Can the “Fake Famous” Strategy Work for You? 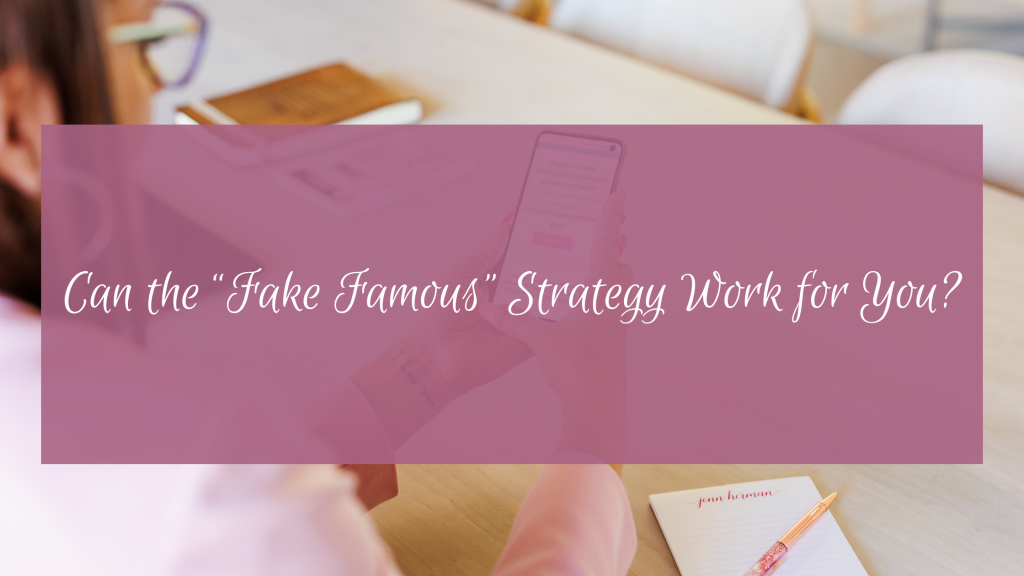 There’s a documentary available on HBO called “Fake Famous” that looks into the case study of taking three “normal” every day people and attempting to make them “famous” by faking their way through social media – buying followers, staging photo shoots in a backyard and claiming it’s some exotic destination, buying engagement, and more. This documentary and the theory behind has been swirling around our social media spaces, Facebook groups, and the like so I decided to sit down and watch it to see what the hype was all about.

In expectation of having lots of thoughts on this, I took a bunch of notes so I could dispel all my ramblings into an easy (I hope) to digest blog post for you. If you’ve wondered about the value or payoff in using a similar strategy, I hope my takeaways here help clear up some of that debate for you.

As mentioned above, the film takes 3 totally normal every day people, from hundreds of applicants, who want to be famous. The producers purchase a number of fake followers for each of the three “influencers” and they start creating content as an influencer. They buy some more engagement, do some more photos, and keep plugging away. [Spoiler alert] In all, two of three candidates basically drop out because they are so over it. The amount of work and the lack of authenticity is too much for them and they decide it’s not worth it to them to continue. The third one, she keeps at it and is what they deem “successful” – although I want to challenge this definition of success…

One of the things they highlight in the film is how fake it really is. They literally used the toilet seat against a tv trick to look like the person is on a plane. They took photos next to a tree in the backyard and claimed they were on an exotic wilderness retreat. Ev-er-y-thing is staged and fake.

And along the way, they buy followers. But then those followers aren’t engaging so now they’re buying engagement to keep likes in relationship to the number of followers. The influencers start attracting more real people as well and they seem “famous”. Yay! Success.

Here’s where this just goes sideways for me: Their definition of success comes when the one remaining influencer starts getting free product sent to her to post about. She’s “made it” and brands want to work with her.

But the film doesn’t disclose which brands are working with her and from the looks of it, they aren’t exactly big brands. Fun fact: I get offered free shit all the time. Hell, even my daughter’s small account with less than 200 followers gets offered stuff, so how “successful” is it to have brands sending you free product to post about?

And who gives a shit about some free product? The girl has hundreds of thousands of followers (we know most of them are fake, but still, on paper, hundreds of thousands). She lives in a crappy apartment with a mattress on the floor. Her “glamorous” life is anything but. She’s hustling her ass off for the influencer gig on Instagram, putting in hours of shoots, editing, captioning, and content planning. But she’s not making any money off of it. She’s not famous in that no one would recognize her walking down the street. Now, she does say that she is getting better call backs on casting auditions because they appreciate her popularity on social media, but again, it’s not like this is transforming her career in any way.

Here’s where I want to point out that the only reason she was successful, compared to the two who dropped out, was because of how much work she put into this. The other two guys created some content and did some work, but they weren’t all in like she was. She made this her job, her mission, her goal. And because SHE gave it her all, it was successful (by the definition of success for the film). And good gawd, that took an awful lot of work for her! It was much more than simply buying some followers and likes. It was W-O-R-K.

So, here’s why this strategy isn’t actually viable. And especially not viable for BRANDS.

Save the money from bots and spend it on someone to help you write better captions. Or hire a consultant to help you build a real strategy for your business on Instagram. Or create a better landing page for your website that will actually drive conversions. Or run some Instagram ads to a targeted audience of people who will actually buy from you.

There are so many better ways you could spend that money and make it actually work for you.

Additionally, for all these images created for the three influencers, they’re working with a photographer on every shoot, and I’m assuming an editor to compose their images and content before uploading. I’ve hired a photographer or two in my life, and for a couple hours, it’ll cost between $300-800 a session. Now, I’m not saying you shouldn’t invest in a good photographer… if anything, this case study proves the value of high quality images and their impact on your brand. But it’s a cost you need to factor into your strategy.

If you are a business, your goal is to make money. Getting free product, a free meal, a stay at a hotel is lovely and all, but that sure as hell ain’t paying your bills or your employees. Nothing about this case study, after all these months of hard hustling, proved any value for generating revenue.

You’re not an “influencer”, but you are

Ugh, this is an ongoing battle I have around the topic of influencer marketing.

Look, if you’re a mom and looking to buy a new car, who do you ask? The other moms on your street. The moms in your Facebook group. The moms you work with. Maybe the random lady in the parking lot that is driving one of the cars you’re thinking about. You know how many followers those women have? Like, a few dozen, maybe a few hundred at most. But their “influence” is incredibly powerful in your decision making process because of who they are and the experience they have.

I’m not saying this to diminish influencer marketing. It’s a real thing. I influence people online too. Brands utilizing people we can relate to is smart marketing. 100% on board.

But if you are a brand, you are not the influencer (I mean, you are, but not in this way). You are not looking to hype up your numbers and look super popular to have people give you free stuff! You need people to BUY your stuff.

Just put in the work

How many followers did these people in the film really gain? If you take out the fakes. They don’t actually tell us. But I can assure you that if you put in that much effort, work, and time into your Instagram account as they did and didn’t buy any followers, your audience would grow too. Probably to a relatively proportionate level as these three (for real followers).

Do the work. Show up. Create the content your audience actually wants. Be strategic.

That is what will drive actual success on Instagram.

So, if you’re a brand or business contemplating if this is a solution you should consider, please STOP. This is not a viable solution for brands.

Are there some outliers who are successful? Yes, absolutely. But if you’re going to waste money on hoping you’re the outlier, you could also go try the slot machines at the casino.

***Additional disclaimer: I should point out that the use of bots is a direct violation of Instagram’s terms of service. By using these services, you put your account, or all the accounts you manage, in jeopardy of being shut down permanently. Even if this case study had merit, I would still adamantly advise you to never purchase followers or engagement. 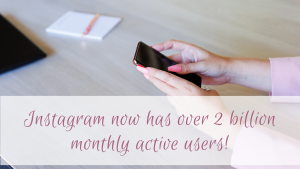 Oh. Em. Geeeee!I mean, we knew it was inevitable we'd hit this milestone but Instagram/Meta has been super tight lipped about END_OF_DOCUMENT_TOKEN_TO_BE_REPLACED 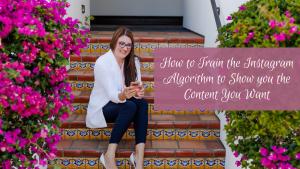 If you’re tired of seeing weird videos or photos in your Explore page, content from people you don’t really want in END_OF_DOCUMENT_TOKEN_TO_BE_REPLACED

Why 60-Second Stories on Instagram are a Big Deal

Instagram has announced that Stories will now be available as up to 60-second clips – not just 15 second clips. And, END_OF_DOCUMENT_TOKEN_TO_BE_REPLACED 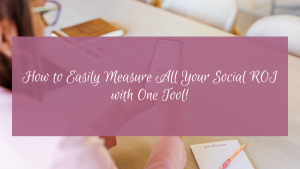 How to Easily Measure All Your Social ROI with One Tool!

Disclaimer: This blog post is an affiliate partnership with Agorapulse. Links and references in this article may be affiliate links which END_OF_DOCUMENT_TOKEN_TO_BE_REPLACED 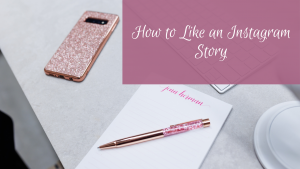 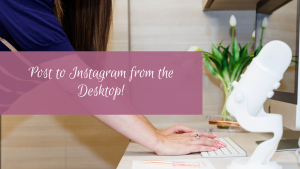 Instagram Posting on Desktop is HEREYes, after alllll these years, and endless requests from pretty much every social media manager on END_OF_DOCUMENT_TOKEN_TO_BE_REPLACED